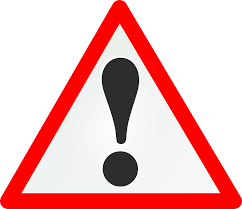 New Covid19 rules : Overview of important rules and regulations of the Comunidad Valenciana

In view of the brutally rising Corona numbers also on the Costa Blanca, the Prime Minister of the Valencia Region, Ximo Puig has pulled the ripcord and announced new restrictions. These are aimed at the very problems that are responsible for the new infections: Parties among young people and private meetings without distance and masks. “We are forced to act,” Puig said at a press conference on Thursday. Because, “Health is the first priority. Always.” From midnight on Saturday, 10 July, until probably 25 July, the following rules will therefore apply:

– A maximum of ten people are allowed to attend private meetings.
– Nightlife is again shut down as such. Discos and nightclubs may only function as bars and must close at 0.30 a.m. at the
latest.
– Restaurants and bars may only serve guests with new food and drinks until 24:00 and must close at 0:30 at the latest.
– In bars and restaurants, a maximum of ten guests may sit at a table outdoors, six indoors.
– No alcohol may be sold in shops after 8 pm.
– At large events, the number of participants will be limited to 3,000 outdoors and 2,000 indoors.

The Valencian government also wants to reintroduce the night curfew from1am to 6am, selectively in municipalities where the current incidence of corona and the proportion of positive tests is particularly high.

Since 8 June, there is no longer a night curfew. On Saturday 26 June, the outdoor mask requirement was abolished, as in the rest of Spain. Corona regulations otherwise remain as they are until 15 July, with the regional government extending the current rules by two weeks. This means that private gatherings are still possible without restrictions, but in restaurants a maximum of ten people are allowed to sit at one table. Restaurants must close at 1 a.m. at the latest, nightclubs and discos may open until 2 a.m., but dancing remains taboo.

On Tuesday, the regional minister Ximo Puig addressed the young people very urgently: “You have protected your grandmas and grandpas for months, now you have to protect yourselves and your parents.

The Costa Blanca currently fulfils the conditions for being designated as a Corona risk area by the Robert Koch Institute (RKI). However, nothing is known about this at the moment. In Germany, a seven-day incidence of over 50 is decisive for this, in Valencia the value is currently 54.

Spain opened its borders to vaccinated travellers from all over the world on Monday 07 June 2021.
People vaccinated against the coronavirus “and their families” are welcome in the country, regardless of their country of origin, the government in Madrid had declared at the end of May.
Foreign cruise ships will also be allowed to dock in Spanish ports again as of Monday.
Here you can find the details of the new regulations

Digital COVID-EU certificate – On 1 July, the Digital COVID-EU certificate will be introduced, proving whether someone has been vaccinated against Covid-19, has had a diagnostic test or a test with a negative result, or has survived the disease. This document facilitates mobility between the Member States of the European Union for persons who prove one of the three conditions mentioned. This certificate will be free of charge, valid throughout the EU and issued digitally or in paper format in the national language of the Member State and in English. It will contain a QR code to make it easier to check the information at the destination and guarantee its authenticity. More info

On 9 May, the state of emergency ended in Spain, and thus overland travel to the Costa Blanca is possible again. Currently, you/they will receive up-to-date information on Corona conditions and incidence in the Valencia region.

The 14-day incidence in the Region of Valencia is slightly increasing since the conditions were relaxed with the end of the Corona emergency in Spain.
Nevertheless, Valencia still has the lowest incidence per 100,000 inhabitants nationwide, at 35.8, as of 2 June.

Therefore, from Tuesday, 8 June, new relaxations will come into force. From then on
– The night curfew, currently from 1 am to 6 am, will be lifted.
– The contact restrictions, currently a maximum of ten people at private meetings, will no longer apply.
– Pubs, discos and nightclubs will be allowed to reopen. However, only up to a maximum of 2 a.m., the dance floor may not
be the dance floor may not be used for dancing. Inside 50 per cent occupancy, on terraces 100 per cent.
– Catering establishments must still close at 1 a.m. at the latest.
The new Corona regulations are valid until 30 June.

All of Spain should have Sunday, 9 May, marked thick and bold in their calendars. This is when the Corona state of emergency will end, and with it, theoretically, serious restrictions such as the closure of the individual Spanish regions or the night-time curfew – at least as far as the Corona situation allows. However, it is not yet clear exactly what will happen to travel in Spain after the state of emergency. Ximo Puig, President of the regional government of Valencia, has now at least held out the prospect of how things will continue on the Costa Blanca from Monday, 10 May.

Travelling to the Costa Blanca in Spain: Valencia Region opens on 10 May
According to Puig, the Valencia region will then be open for travel again for the first time since the end of October, so there will be free travel to and from the neighbouring regions without having to have a valid reason. Then Germans, Austrians or Swiss will also be able to travel to Spain again without any problems and to their holiday homes on the Costa Blanca. However, the state government is sticking to the curfew, the so-called toque de queda. Puig can only imagine shortening the current period from 10 p.m. to 6 a.m., i.e. delaying it to 11 p.m., for example.
Exactly what the Corona requirements will look like on the Spanish and Valencian levels from 10 May onwards will probably only be known shortly before the end of the day. On Wednesday, 5 May, Spain’s Health Minister Carolina Darias will meet with the state health ministers to discuss how to proceed. The Valencia region also wants to wait for this date before announcing the new requirements. As the Valencian Deputy Prime Minister Mónica Oltra announced on Tuesday, the expert committee will not convene until Saturday, 8 May, in Valencia to determine the further procedure regarding travel, curfew and social contacts.

Travelling to Spain: Corona restrictions without a state of emergency
t is also not yet clear which legal framework will allow the individual state governments to continue to impose Corona conditions that restrict basic rights such as the freedom to travel – without a state of emergency throughout Spain. And even though the Costa Blanca and the whole Valencia region still has the lowest incidence in all of Spain, with a 14-day incidence of 43 (as of 3 May), Oltra urged caution:
“We cannot completely release the brakes from one day to the next,” she said on Tuesday. Oltra also warned against getting too cocky from 10 May. “We still have to hang on a bit while the Covid vaccination campaign progresses to be able to maintain our current numbers and to protect health and the economy. Because without health, there is no economy either.”

The president of the Comunidad Valenciana, Ximo Puig, announced yesterday, Thursday, that the Corona regulations will be relaxed as of next Monday 26 April 2021. Thus, :
– gastronomy will be allowed to open until 22:00 on Monday, 26 April 2021.
– The same applies to the trade.
– From 22:00, the night curfew will apply as before.
– The perimeter closure of the Comunidad Valenciana will also remain in force.
– The occupancy quotas for gastronomy (100% on outdoor terraces, one third indoors
and a maximum of 6 persons per table) remain unchanged.
– Furthermore, the capacity for cinemas, theatres and other types of cultural events will be increased to 75% as of
increased to 75% from next Monday.

Puig, in announcing the new rules, referred to the continued low Covid 19 incidence figures in the Autonomous Community and the massive reduction in the number of people currently requiring hospital treatment. This number alone has decreased by about 50% in the last four weeks. At the same time, however, Puig warned against becoming reckless and therefore the de-escalation measures will continue to be taken cautiously.
The new rules are to apply again for 2 weeks for the time being.

Relaxation of Corona restrictions from Monday 12 April until 25 April.
– Family meetings at home with another family with no limit on the number of people are possible again.
– up to 6 people can meet in public again
– the number of people at tables in bars and restaurants will be increased to 6.
– sporting activities can be shared by up to a maximum of 6 people.
For the time being, however, the President wants to keep the existing curfews (10 p.m. – 6 a.m.), the perimeter closure and the 30% capacity rule of restaurants (10 a.m. – 6 p.m.) until the end of the state of alert on 9 May for the whole of Spain.

The Comunidad Valenciana is relaxing some Corona restrictions after all due to the decline in infection numbers. As of next Monday, March 15, may
– restaurants to reopen their indoor areas and occupy one third of the seats available there,
as well as fully use outdoor patios again.
-Indoor food service establishments, however, are not permitted to provide service at the counter or bar, and tables may be occupied both
be occupied both indoors and outdoors by no more than 4 people. Indoors, adequate ventilation must also be provided, as
Ventilation must be provided, according to the paper on which the relaxations are based.
– Opening hours will remain limited to 6 p.m.
– Gymnasiums, sports centers and swimming pools may also reopen from Monday with a maximum of one-third of their normal capacity
reopen.
– Celebrations or events, as well as funeral ceremonies, may be held with a maximum of 15 people indoors and
a maximum of 20 people for outdoor events, subject to compliance with all hygiene and distance rules.
– In addition, with all the aforementioned relaxations, the mask requirement continues to apply.

As also announced by the President of the Autonomous Community, Ximo Puig, this afternoon at a press conference, the so-called perimeter closure of the Comunidad Valenciana remains in force until at least April 12.
Thus, no intra-Spanish tourism is possible at Easter, as we have already reported here today.
The existing curfew hours (22:00 to 06:00) also remain in place.
Meetings in houses or apartments also continue to be restricted – with the known exceptions – to roommates living together.
The new regulations will apply for the time being until April 12, 2021.